FREE SHIPPING on all orders over $100 & $5 Flat rate shipping over $59 in contiguous US only
1-877-273-0574
Our 5oz jar candles and 26oz jar candles will be discontinued and replaced with new products soon! Click here for more information

I love these soy candles so much that I had to work for the company! Of course the candles speak for themselves (an amazingly clean, long and fragrant burn!) but working with Jeff, Teresa and their wonderful staff was an amazing experience. What a delightful group of individuals! It’s true what returning customers say, “Once you burn Pure Integrity Soy Candles, you can’t go back!” I now have all of my friends and family hooked on these soy candles! Thank you Jeff and Teresa for your amazing candles & your giving spirit. - Laura

Pure Integrity Candles delivers what candle lovers hope for in a candle, but rarely find. Our candles are Scented strong top to bottom, burn clean, last long & burn evenly! They are  made in the USA, use 100% natural soy wax, 100% cotton wicks, & healthier fragrances. Our soy candles have more fragrance than any other candle we know of on the market today because we invented an Innovative Fragrance Technology.

Our mission is to provide the healthiest, best scented, best performing candle available today. And we have! We also believe a company's complete mission is much more than solely selling its product. It is our hope that through corresponding with our company we have in some way touched your life in a positive way & inspired a trail for you to do the same! May the Peace Of GOD be with you today and everyday! 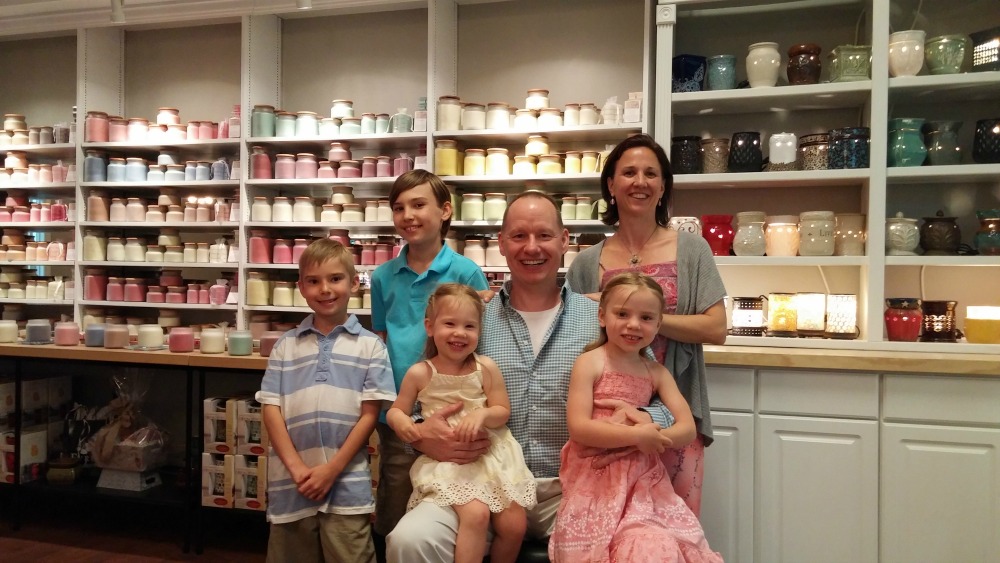 We are the Schumachers, creators of Pure Integrity Soy Candles. I'm Teresa Schumacher and this is my wonderful husband Jeffrey & our children, Christian, Joshua, Hannah & Baby Mia. We are so thankful and blessed with a wonderful family, co-workers and amazing loyal customers. Our story is a marriage of our life experiences, our love for entrepreneurship and our passion for health & wellness. All given to us by our LORD & Savior Jesus Christ. These attributes blended together have created a business with an exceptional product and an exuberant passion to serve our customers from the heart.

How It All Began

The funny thing is, we were not interested in building a soy candle business. That was never initially our interest. Our candle journey was ignited by our common passion for health and wellness. Like many of you, my husband and I enjoyed relaxing in a scent-filled house whenever we lit candles. What we didn’t enjoy was the black soot that would cover our candle jars and everything else in the vicinity. Concerned about what that black film was and what the health implications were for breathing it in, we began to do our research. What we learned was shocking.

We discovered that most candles are made from paraffin wax, a petroleum by-product generated when refining oil into gasoline. A report from the Environmental Protection Agency stated that paraffin wax is harmful when burned and contains 11 toxins, two that are considered cancer-causing.

We also learned that most commercially-made fragrances were made from nothing but a bunch of chemicals, petroleum-based synthetics. The soot from these materials can contain carcinogens, neurotoxins, and reproductive toxins. These toxins are in addition to the ones being admitted from the metals used in wicks and other synthetic candle additives.

To say the least, we were a bit frustrated with the candles that were currently on the market. Besides being unhealthy, they often had little or no aroma. The candle wax burned uneven, leaving a big hole down the center. Most often big chunks of wax were left on the side of the jar and the wicks often got buried in the wax.

We loved burning candles and were not ready to give up that pleasure, but we were also not going to compromise our family’s health. We were convinced that there had to be a way to make a healthier candle. Armed with this newly-found knowledge and a desire to still enjoy the ambiance and fragrance of burning candles—albeit in a healthy way!—we decided to create a new kind of candle for ourselves to enjoy. One year after giving our soy candles out to friends and family the flame was ignited for a successful candle business. Everyone wanted more! That was 10 years ago!

We invented an Innovative Fragrance Technology and a 7 Step Pouring Process , which allows us to use more fragrance than any other candle we know of on the market today.

We developed our fragrances in a healthier way specifically for us to use in our unique soy wax formulation, as opposed to typical fragrances which are made from 100% synthetics.

To top it all off, we hand-pour each and every candle using a seven-step pouring process enabling our soy candles to have incredible scent from top to bottom. Yes, it’s a lot of steps, but quality of the process matters!

You may be thinking, yeah - yeah . . ..I have heard it all before. Why should I give your candles a try? Well, don't take our word for it, read what others all over the net are saying about our soy candles .Pure Integrity Candles are rated the best scented candles 9 years in a row online. Type in our company name on google and you will see 100's of raving reviews all over the net! 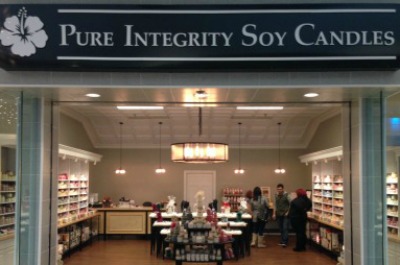 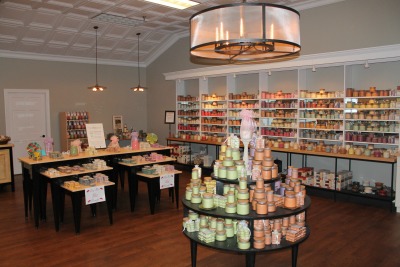 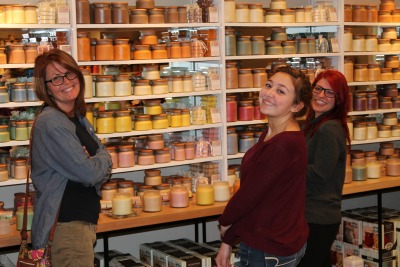 The future is bright! In addition to purchasing soy candles online, if you are in the Western New York area you can visit our Eastern Hills Mall retail location or our Boulevard Mall retail location. Pure Integrity Soy Candles are also sold at fine retailers and salons & spas throughout Western New York and across the country. We’ll continue adding amazing scents to our extensive offerings and looking for new ways to help families enjoy burning strong, clean soy candles in different styles and varieties.

Wow! what great smelling candles. I received a hand written note from Nina. I am big on customer service so I thought that was special. However, while the letter was appreciated the candles were magnificent. Especially, the oatmeal cookie candle, it smells like I just baked a batched. I wanted to say thanks and I look forward to buying more in the future. Your name definitely matches your customer service!
20% off Lilac Soy Candles & Lemongrass Sage Soy Candles
FREE SHIPPINGon all orders over $100
$5 FLAT RATE SHIPPINGon orders over $59

Fill room upon room with your favorite fragrance today!